Why we are here. This speech will explain a lot.

Home/Videos/Why we are here. This speech will explain a lot.
Previous Next

Why we are here. This speech will explain a lot.

Many people might not be aware of this, but Donald Trump is a giant player in this whole thing.

In 2018 Donald made a speech to the VERY CORRUPT United Nations, that have all signed on to the Great Reset, that let them know, that the US was not going to be part of a socialistic system.  In this speech he refers to Venezuela, and the crimes against humanity that were happening there, (still are) and are beginning to happen everywhere else in the world.   That is because what happened to Venezuela is EXACTLY what is happening here in Canada, and the US now.

He rejected their plan, so they went ahead with it anyways.  When you give in to tyranny, you are going to have to face it sooner than later.  When you fight tyranny, you either win, or you lose.  Right now, the planet’s citizens are in a battle against the tyranny of their leaders that have all bought into the Great Reset.

The great reset is disguised as something good, but its not.  Just ask Venezuela.  This is the what all the Countries of the world will look like 5-10 years from now if we do not defeat this now.

The elite have been using pandemics, climate crisis, and other global catastrophes to push agendas for centuries.  This is just the biggest coordinated effort all at once.  Donald Trump stuffed them, and here we are today.  Watch this speech in its entirety, and you might understand why Donald Trump retaining his position in the United States is not only imperative to the US, but imperative for every free standing democracy left in the world.  If the US goes down, how hard do you think it will be with all the other countries with leaders that are actively pushing this agenda to go down? 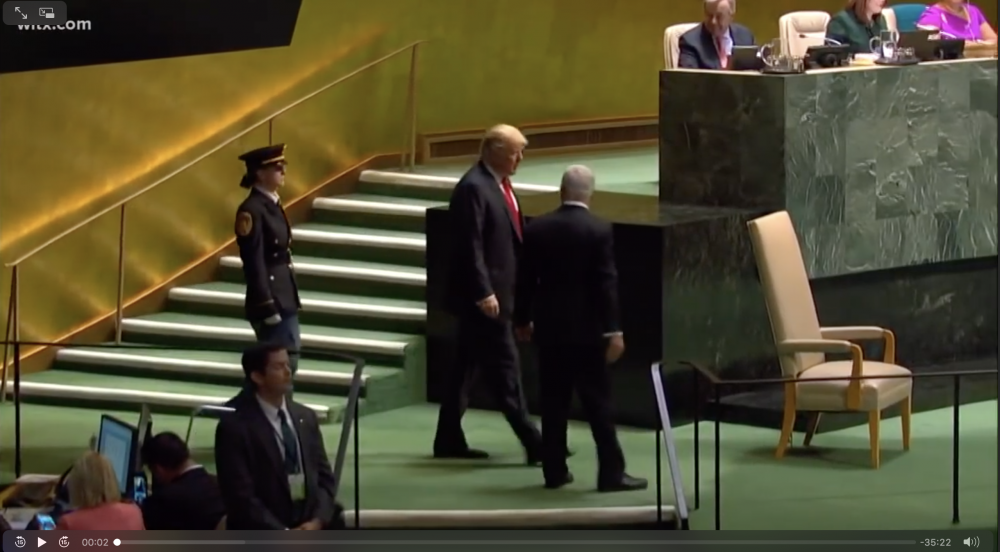